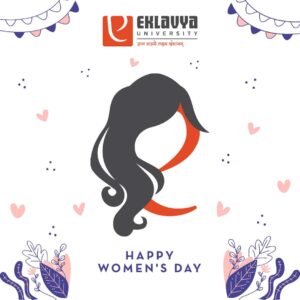 Women have always played a crucial role in the overall development of a family, a society and the nation at large. We reverethe ten handed Goddess Durga, but tie eight hands of the women in our home and allow them the use of only two – that of a home maker and a child bearer.

Women have always been the unsaid strength of a family. However, traditionally it is only the man whose strength and contribution has been acknowledged. This in not to say that things are not changing… Of course things are changing. But in a nation of few billion people the wave of change has only just scratched the surface. It may appear that we have made great progress and that India has moved on from its deep entrenched patriarchy and has made room to encourage its girls and women, but alas this is true only for a fraction of our populace. Most women in India are still struggling to be heard…

A woman plays many roles. She is a daughter, sister, granddaughter, wife, daughter-in-law, sister-in-law, mother, grandmother, aunt, and in our Indian context the list just goes on. In addition, she has to work twice as hard to prove her professional worth. Even while battling with self-inflicted guilt, she still goes out there and breaks a preconceived notion every day. That is the strength, simplicity and sacrifice of a woman.

One a more positive note, I am happy to observe that the conversation has moved away from “Women can do what men can do”, towards a more constructive narrative, where we are talking about encouraging women to have a voice, changing laws to be fair to both genders providing equal opportunities and breaking the glass ceiling.

As I sit and pen my thoughts on International Women’s Day, I salute all those men and women who have supported, nurtured and developed each other and their goals and passions. I urge every single woman out there to come out and find her place in the sun… and all the men in her orbit to encourage and support her.

As a mother of two and a grandmother to three boys, I take the pledge!

I #ChooseToChallenge gender bias and inequality towards both women and men.